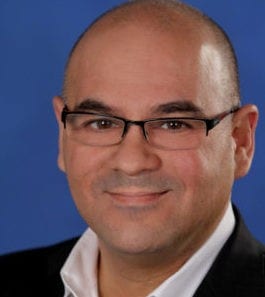 With over 13 + years at as Microsoft’s, Supplier Diversity and Sustainability Director, Fernando Hernandez has set his sights on ensuring that the next generation of Latinos, carve their path in Microsoft’s mission for technology for generations to come.

As part of the tech giant’s leadership team, Hernandez is responsible for supplier diversity and leading efforts around sustainability for the company’s indirect supply chain; environmental and social sustainability. Hernandez says, “How can you have a positive impact with the dollars you spend on giving to communities around the world? Be thoughtful, educate people and help people obtain a living wage.”

So, what does this say about Microsoft and Latinos in business? As a company, Hernandez sees the company take a leading position with its diversity efforts that will have a real effect on future generations. After all, according to Hernandez, Latinos have been on the forefront of many significant movements in entertainment, global business, and politics. Hernandez also says that he firmly believes that Microsoft has become a touchstone and that CEO, Satya Narayana Nadella is behind the refreshed reality of diversity. “In who we are, what we are and how we interact with each other. So, it’s a new day and it’s real at Microsoft, I’m really glad to be a part of it,” said Hernandez of the tech giant.

Gratitude and giving back to the Latino community are also part of Hernandez’s plan as one of the top Latino leaders at Microsoft, he admits that being a part of a global organization and such a great leadership team is a true blessing. As an influencer in the industry, Hernandez shares his passion, “I grew up humble so in turn, I get real value for the impact that companies can create in society. I feel I’m in the perfect place to drive some real change into the world.”

Small businesses also play a part in supplier diversity’s plan at Microsoft. The company is working directly with all types of businesses to support and promote Latinos and all other types of diverse businesses, large and small, in a variety of different ways, a fact that makes Hernandez proud. He believes it is a major pivot for the computer and technology giant who has spent well over 3.2 billion dollars with diverse-owned firms in the past year and that’s just within the US alone.

Microsoft also has supplier diversity initiatives at work in South Africa, Australia, Canada and many other parts of the world. Hernandez explains that the mission to expand Microsoft’s programs all over the world to get more and more people involved and to also get more organizations to have a desire to get involved and put the same message out there.

While he believes that the Latino community embraces new technology, Hernandez says it still takes time to introduce owners to AI and then he does his best to demystify the technology for them. “I talk about AI in terms of connected intelligence.  I feel most people are open to the facts that it’s information whether it’s a machine learning, information gathering, IOT, AI, blockchain or any of these other technologies that are out there.” But what does that mean? “There are millions of examples that can help people in business and that’s what needs to be explained,” he explained.

Hernandez filled us in on a project he’s working on, along with Zoe Saldana, via her digital news platform BESE and the USHCC (United States Hispanic Chamber of Commerce) to participate in bringing some of these concepts to life, in a way that’s interesting on a Latino platform.

Hernandez believes the best way for Latino businesses to continue to keep up with the quickly changing technology sphere, is to go to forums that give information and describe the subject of information business leaders seek. He says owners need to get the right defense when it comes to technology. He wants businesses to be prepared and get the information before the dive in.

Latinos are not new to innovation, according to Hernandez, “Don’t forget, Latinos have been on the cutting edge of technology many times. We over-index on the usage of cell phones since the beginning. I know because I was at AT&T when we did all those studies on Latina women!” Even though Latinos come in all shapes, sizes, and colors, there still exists the exclusion of recognizing Latinos in many realms but especially technology. Chris Espinosa was a pioneer at Apple when it began as well as Eduardo Saverin, one of Mark Zuckerberg’s original partners at Facebook, was a Latino. “We Latinos were already at this table from the beginning but when the party starts getting good, we get excluded so we need that to change,” he said. Latinos have contributed to technology and entertainment for decades and Hernandez feels he is part of the growth and sees himself reflected in all that is to come by way of technology.

It would seem that Hernandez has his hands full with all Microsoft’s initiatives but he still finds time to mentor youth and wants to help assure that they find their place in the technology industry. He feels that since young people getting into the technology industry are fearless because they haven’t had to deal with the same baggage that we carried from our day. The issues of diversity and discrimination aren’t gone but the next generation of 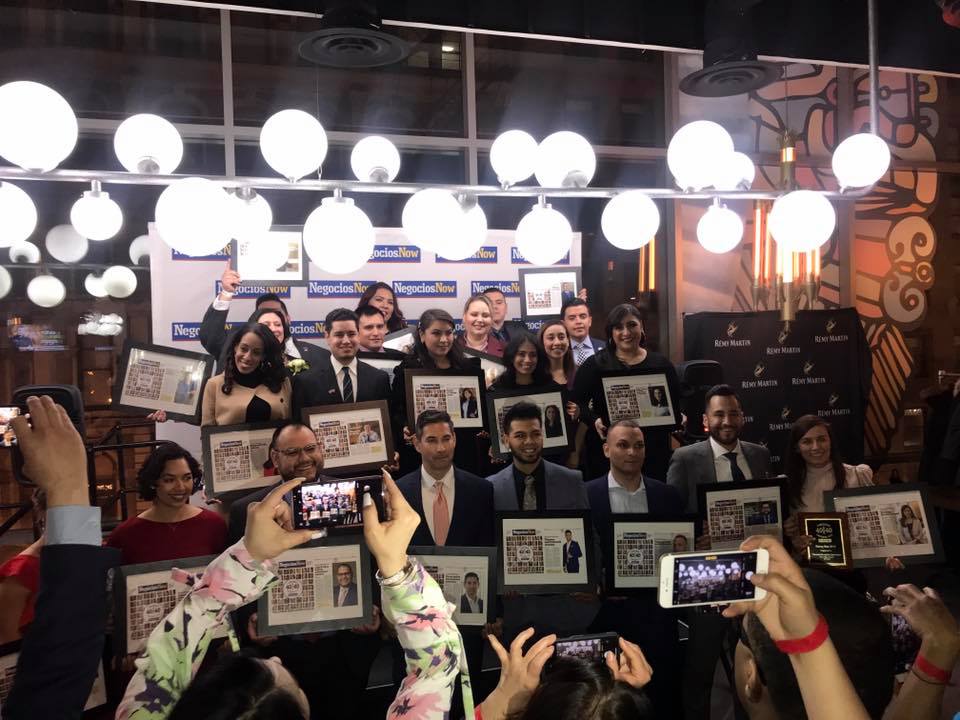 It was another terrific night. Latinos 40 Under 40 celebration gathered over 300 attendees at Latiniciy to celebrate the achievement, the success, the talent and the hope of a generation of young people who are making a difference today.

After six months of the nomination process, Negocios Now couldn’t be more proud of the amazing selection:  They are young Hispanic leaders in major corporations, in business, in-law, fighting for a better future. They are the engine for our economy, helping our community.

Yes, it was another sold-out event because our community loves to celebrate their leaders. Along with our Latinos under 40, we found their parents, sisters, brothers, neighbors, friends, colleagues and executives of their organizations and part of the big Negocios Now’s family in Chicago.

Negocios Now did its best to spread the word, using all our digital resources reaching over 100,000 impressions in just a few days, exceeding our expectations.

Because the idea of launching Latinos 40 under 40 in Chicago was none other than recognizing Latinos entrepreneurs and professionals for everything (excellent) that they do and it has been our commitment since I launched this publication almost 12 years ago.

Shortly after working at the Chicago Tribune paper in 2003, I realized that general media was very focused on negative news and also negative news about our Latino community.  I understood that we needed more good news for Latinos who wanted to launch businesses, to learn about opportunities, to grow professionally, and also wanted to be recognized for their contributions. That is one of the reasons we have Negocios Now today.

Latinos 40 Under 40 is just the first Negocios Now recognition event of this year. We are on the way to celebrate Who’s Who in Hispanic Chicago Gala Event, on July 12, and Diversity Supplier: Empowering the Latino Business community, on October 10 and others that will be announced in a few weeks, thanks to the support of our sponsors such as ComEd, Remy Martin, BMO Harris Bank, Microsoft, Facebook, Comcast, CSO, PNC Bank, API, Northeastern University, and others who will be announce. Don’t miss it. Follow us on social media to help us continue to recognize those who deserve it. (Clemente Nicado, Publisher & Editor in Chief) 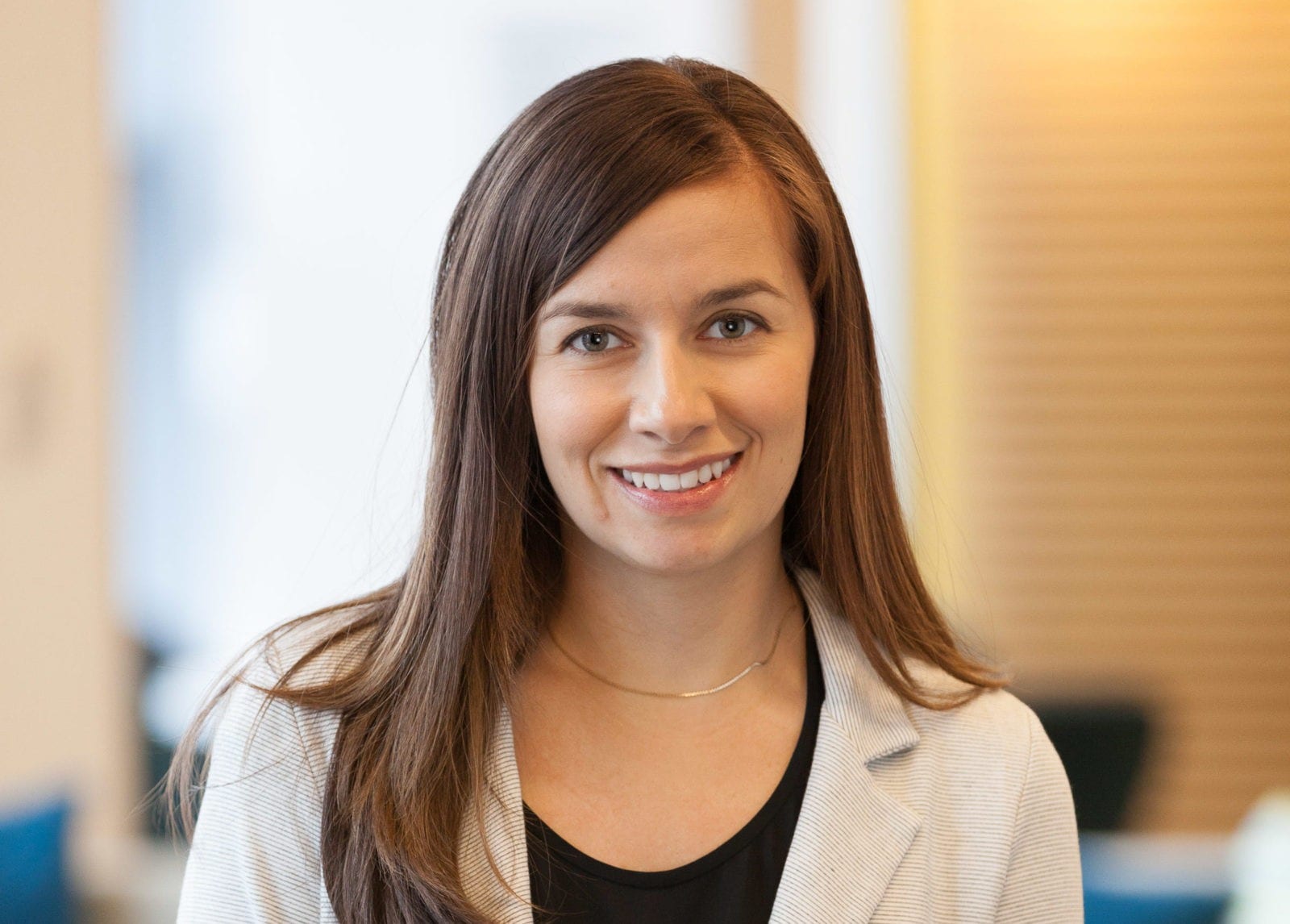 Teresa Gonzalez-Swinton was selected by Negocios Now to receive the 2018 Latinos 40 under 40  Rising Star Award during the award ceremony at Laticinity, on March 7, 2019.

Gonzalez-Swinton is a Senior Sales Director at Bing Advertising Sales at Microsoft, where she leads a team that manages some of the largest customers in the Central Region. As a dedicated sales leader, with a proven track record of guiding her teams to business success, she leads with a passion for diversity and inclusion, as she is committed to breaking stereotypes and supporting women.

“Teresa has an amazing, impressive profile. We would like to extend our sincerest congratulations, once again, and we hope she will continue to have professional success,” said Clemente Nicado, Publisher of Negocios Now.

Negocios Now has also chosen Alejandro Benitez, who is a financial educator and owner of AB Financial to receive the Youngest Latino Under 40 Award. “At 25, not only is Alejandro the youngest of this amazing group of 40 under 40, but he is also a leader in the community, empowering and educating regarding finances, and above all, he is a ‘Dreamer’, said Nicado. 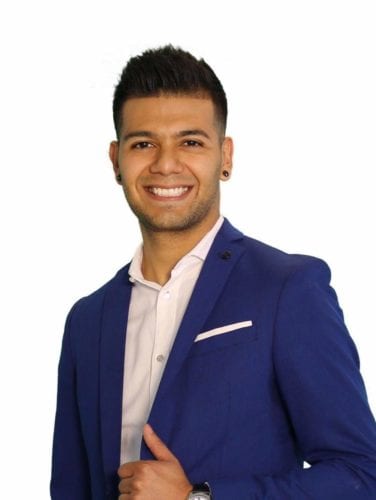 Lastly, Lizzette Medina is to receive The Leader of the Pack Award. Medina is a business owner of a landscaping company, who breaks all paradigms, leading business in an industry traditionally run by men. 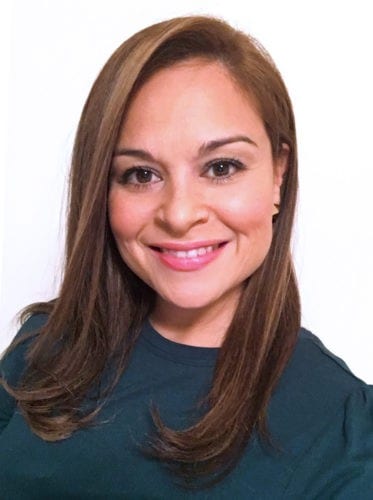 The award-winning publication, Negocios Now will host its fourth annual “Latinos 40 Under 40” event to recognize the leadership of young Latinos in the Chicago area. The award celebration and networking event will be held on Thursday, March 7, from 6 to 10 pm. at Latinicity, 108 N. Street, Chicago (Block 37).

The 40 Under 40 recipients were selected after a four-month process, with over 120 nominations: these are some of Chicago’s finest professional in their respective fields: they represent business, corporate, government, nonprofits, education sectors, and other industries. Tickets are available on EventBrite at this link: CLICK HERE.

Teresa is a Senior Sales Director at Microsoft, where she leads a team that manages some of the largest customers in the Central Region.  In her role, Teresa has earned several Microsoft “Manager of the Year” awards.

Teresa is a digital marketing veteran with experience delivering integrated branding and direct response solutions across the retail, healthcare, tech, and auto industries. She is a dedicated sales leader with a proven track record of guiding her teams to business success.

With a passion for diversity and inclusion Teresa is committed to breaking stereotypes and supporting women. She is a leader in Microsoft’s Central region of diversity and inclusion in the workplace and the industry. Teresa is the Executive Sponsor for the Chicago chapter of HOLA, Microsoft’s Hispanic/LatinX employee group).  She is a frequent panelist on D&I issues and has been nominated for a national ADCOLOR award, which celebrates and champions diversity in the creative industries.

Teresa holds a Bachelor degree from University of Illinois, Champaign-Urbana and an MBA from the Booth School of Business at the University of Chicago.

“As a first-generation Mexican-American, I had to work twice as hard for acceptance.  I’ve achieved more than I ever thought I would through hard-work, perseverance, humility and gratitude”