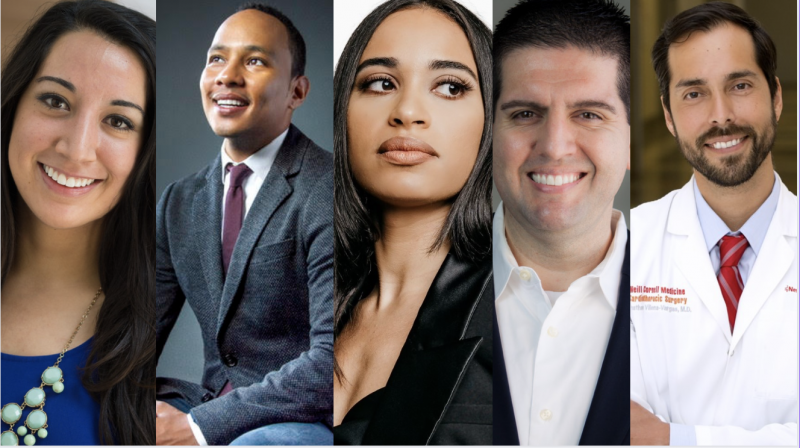 “Once again, we have an excellent group of young talent from New York on our exclusive ‘Latinos 40 Under 40’ list,” said Clemente Nicado, publisher of Negocios Now. “I can’t wait to meet them all personally and congratulate them on their achievements.

The 40 honorees represent areas of business, healthcare, nonprofits and education, among other fields.

“This was a huge challenge for the Negocios Now team and it wouldn’t have been possible without our growing Negocios Now network throughout the country,” said Nicado. “We worked hard to make this a success.”

The celebration event will be held at NBC Studios in Rockefeller Plaza on November 2, 2022.

40- Sophia Zayas, NYS Director of Latino Affairs for the first female Governor for the State of New York, Kathy Hochul

Negocios Now is currently the most awarded Hispanic business publication in the US.

The publication reaches out to more than 250,000 print readers and thousands across the country throughout its digital platform. We inform Latino businesses on good business strategies. We connect companies that offer B2B services through our networking events. Negocios Now has received more than 20 national awards from the National Association of Hispanic Publications, and a “Peter Lisagor Award” for General Excellence. Negocios Now is the host of Who’s Who in Hispanic Business and Latinos 40 under 40 that celebrates in Chicago, New York, LA and Houston. Negocios Now’s founder Clemente Nicado was named “Latino Publisher of the Year-2018” in the US by the National Association of Hispanic Publications (NAHP). He’s also a Board member of Allies for Community Business.