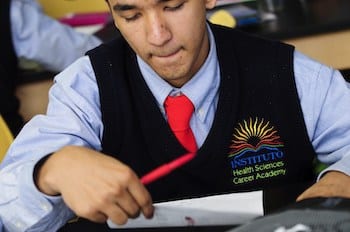 While many of Illinois’ larger canceled events have gotten a lot of attention, canceled bake sales, fun runs and other community events have strained budgets for local nonprofits.

The City of Chicago announced earlier this month that most of its summer events would not happen. The state of Illinois announced the state fairs in Springfield and Du Quoin were canceled as well.

Considering Gov. J.B. Pritzker’s phased reopening bans events with large crowds until the final stages, many nonprofits’ summer events have been put on hold. This not only means fewer summer attractions but months of underfunding afterward for nonprofits

“We had to cancel our upscale garage sale in April, we’ve had to cancel our trivia nights and our Christmas in July,” said Deana Corbin, executive director of the Animal Protective Society in Springfield. “Usually, that money is going to help us pay for medical care for those animals, whether it be medication or surgeries that they need or just extra attention.”

The league, which employs around two dozen full-time workers and more than 100 volunteers, gets a significant amount of money from parking vehicles during the Illinois State Fair, Corbin said.

Like others, Corbin’s nonprofit benefited from a Paycheck Protection Program loan that she’s in the process of having forgiven.

“It was super helpful for us,” she said. “We had a couple of people quit and take different jobs during this time and it allowed us to hire and fill their jobs without having to worry about it too much.”(The Center Square)