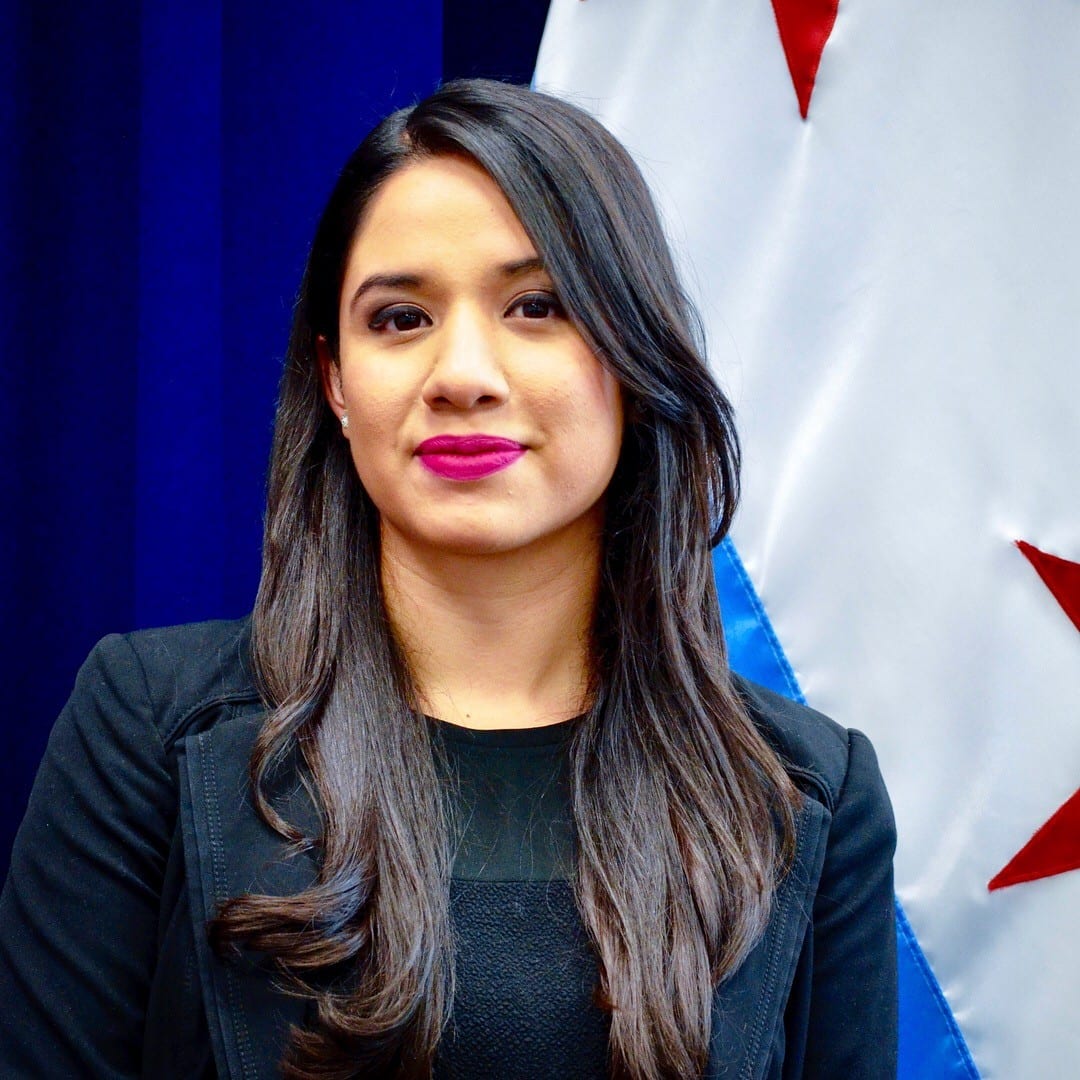 Tonantzin Carmona is now a MPA Candidate at the Harvard Kennedy School of Government. She is participating in the Mid-Career Master program and her expected graduation date is May 2021.

She is following in her father’s footsteps, Roberto Carmona, who graduated from the same program in 2003. The program is for established professionals from all over the world to help them take the next step in their career – be it in government or any sector of society where public-minded leaders are making a difference.

Tonantzin Carmona previously served as the Illinois Political Director for the 2020 presidential campaign of U.S. Senator Elizabeth Warren. Prior to that role, she was the Special Assistant to the President and CEO of the Chicago Community Trust, the Chief of Policy for the Chicago City Clerk, the Deputy Press Secretary to Senator Warren, as well as Director of the Office of New Americans and Deputy Policy Director at the Chicago Mayor’s Office. She was born and raised in Little Village and is a proud resident of the Pilsen community.

Name of Organization: City of Chicago

Tonantzin Carmona serves as the City of Chicago’s Chief of Policy, within the office of the Clerk. In her current role, Tonantzin champions City Clerk, Anna Valencia’s citywide policies.

Under Tonantzin’s leadership, the Office of the City Clerk was able to launch the Chicago Municipal ID program, known as the CityKey, in under a year. Since starting the program, there have been more than 35,000 Chicago residents who have received their CityKey to date. Moreover, Chicago is also the first municipality within the State of Illinois to recognize a third gender option, non-binary, on an ID.

Tonantzin also manages the Chicago Status of Women and Girls Working Group, which convenes 150 women from a variety of industries and backgrounds to develop recommendations that will make Chicago a more equitable place for women and girls.

Prior to her work at the Clerk’s Office, Tonantzin served as the Deputy Press Secretary to U.S. Senator Elizabeth Warren. She was also the Director of the Office of New Americans and Deputy Policy Director at the Chicago Mayor’s Office.

Tonantzin earned her Bachelor’s degree in Political Science from Northwestern University. She was born and raised in Chicago’s Little Village and currently resides in Pilsen.

“Be open-minded and listen to diverse perspectives. Pass the mic so others, including the next generations, can speak and lead. Empower communities and provide space for them at decision-making tables.”