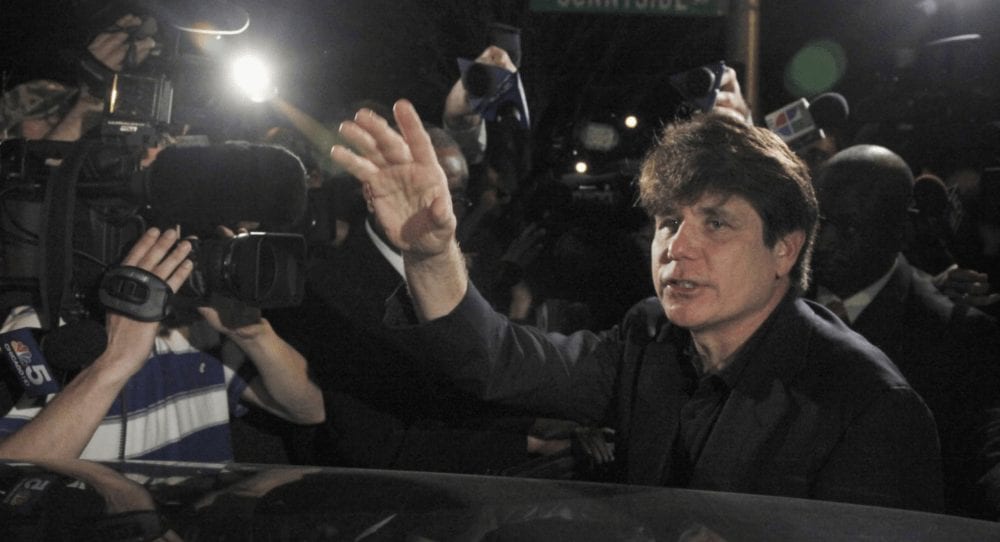 One of the Illinois state senators who voted to boot former Gov. Rod Blagojevich from the office said he’d be OK with President Donald Trump letting him out of prison early.

Mike Jacobs has a history with Blagojevich. The two almost came to blows at the statehouse. And Jacobs was one of the state senators who voted to remove Blagojevich from office.

So Jacobs said he is not the former governor’s biggest fan. But he said he wouldn’t have a problem if Trump ended Blagojevich’s 14-year prison sentence early.

“Seems to me that he’s done his time. He’s been in an awfully long time,” Jacobs said Thursday. “I’m not a big fan of President Trump pardoning him, because I think that’s a state matter.”

The president brought up the possibility again Wednesday.

Jacobs said the president was wrong when he said there was no reason for the former governor to be in prison.

“The governor did what he did, and he deserved the sentence he got. Has he served long enough? Probably. Should we give a person a break when we can? Of course, we should,” Jacobs said. “But the president doesn’t know what he’s talking about when he found himself moving from the governor’s mansion to the jailhouse. There was a clear reason.”

Jacobs said he doesn’t think a commutation will change Blagojevich’s legacy. He also said the former governor may try and make a political comeback.

“The only thing that you have to worry about with Rod Blagojevich is that he is such a slick politician that he might try and make a comeback and somehow claim that President Trump cleared his good name,” Jacobs said.