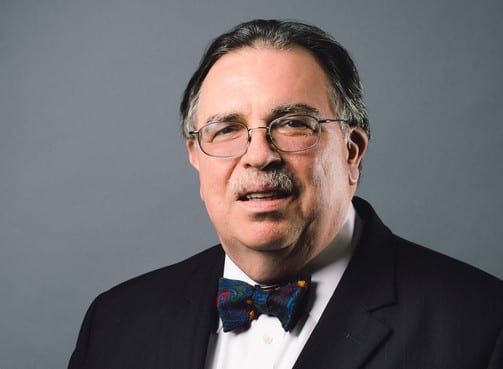 Gov. Pritzker Announces the appointment of Pedro Cevallos-Candau, past district governor, to on the Board of Trustees of Governors State University. Pritzker also appointed Veronica Gloria and Veronica Herrero to Illinois Board of Higher Education.

Pedro Cevallos will serve on the Board of Trustees of Governors State University.* Cevallos is the president of PECECA Business Consultants,  a management consulting firm which he started in March 2016. He spent 28 years prior as the founding president and CEO of Primera Engineers, where he worked on over 400 engineering projects. During his tenure at Primera, the company grew from a startup to a nationally-ranked firm, as demonstrated by the 380 position in the prestigious ENR 500 list of largest engineering companies in the USA. He also served as a faculty member at the Illinois Institute of Technology. Cevallos has served as President of the American Council of Engineering Companies of Illinois, District Governor for Rotary International, District 6450 and Past-President of the Rotary Club of Chicago and chairman of the board of the Illinois Hispanic Chamber of Commerce. He received his Ph.D. and M.S. from the University of Illinois at Urbana-Champaign and his B.S. in Civil Engineering from the University of Puerto Rico.

Veronica Gloria will serve on the Illinois Board of Higher Education.* Gloria serves as Executive Director of Centro Español, a non-profit social service agency that provides bilingual social and educational services in Will County. Despite being heavily impacted by Illinois state budget impasse, Gloria restructured the non-profit’s programs for financial stability, bringing on a new board of directors, fundraising, applying for new grants, improving policies and procedures, and emphasizing quality customer service and professional development. Before joining Centro Español, she coordinated an internship program for low-income and first-generation college students at the University of Chicago and conducted mental health research for low-income students at the Benemerita Universidad Autonoma de Puebla in Puebla, Mexico. Recently, Gloria joined the Greater Joliet YMCA Metropolitan Board. She received her bachelor’s degree in social studies and a minor in ethnicity, migration and rights from Harvard University.

Veronica Herrero will serve on the Illinois Board of Higher Education. * Herrero currently serves as the Chief Strategy Officer at the City Colleges of Chicago, supporting the chancellor and partners with the presidents of the seven City Colleges of Chicago. Previously, she was Chief Program Officer of One Million Degrees, a non-profit organization partnering with community colleges in the Chicagoland area committed to empowering community college students to succeed in school, work and life. Herrero brings over thirteen years of cross-sector leadership experience in strategy, design, student success and education management through her previous roles at OMD, the University of Chicago Urban Education Institute and Chicago Public Schools. Herrero serves on the Northern Illinois University Board of Trustees and Girls, Inc. of Chicago Board of Directors. Herrero received her Master of Business Administration from the University of Chicago Booth School of Business and her Bachelor of Arts from the University of Wisconsin-Madison.