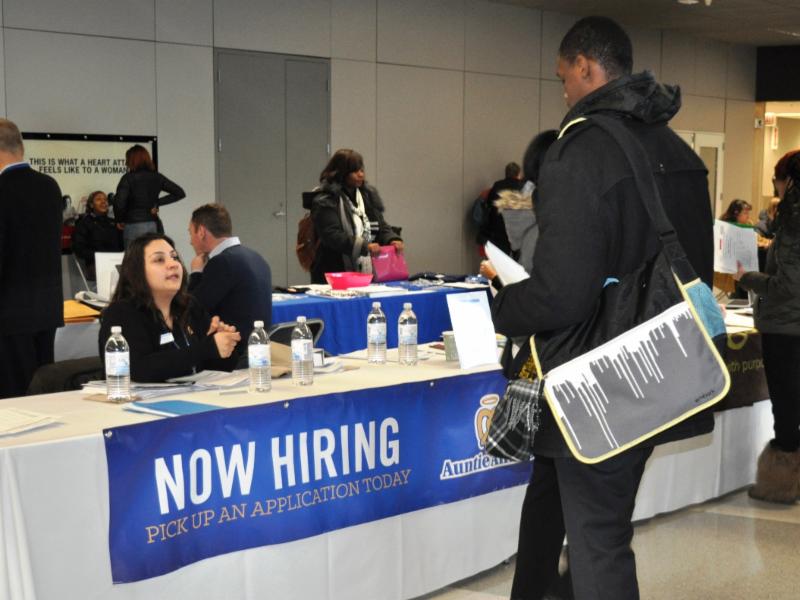 CHICAGO – The Chicago Department of Aviation (CDA) today released a schedule of career fairs it will host throughout the City of Chicago in 2019.

A series of citywide career fairs will help connect residents with job and career opportunities powered by O’Hare and Midway International Airports.

The 2019 career fairs will feature dozens of airport partners and vendors seeking to hire employees to fill hundreds of full- and part-time jobs available across both airports, with many more jobs anticipated as part of the ongoing O’Hare and Midway modernization programs.

The career fairs will also feature an emphasis on job readiness with new free workshops. “For every Chicagoan who wants one, there is an opportunity to join our team and to work at Chicago’s airports,” said CDA Commissioner Jamie L. Rhee.

“Working with our airport partners and Aldermen throughout the City, we have career fairs across the city to engage residents from all of Chicago’s 77 neighborhoods with information and employment opportunities created by the modernization of O’Hare and Midway.”

This year’s career fairs will be held quarterly; with all fairs open to the public from 10 a.m. to 2 p.m. Residents will have an opportunity to connect directly with hiring companies, and to interview on site.

The dates and locations are

CDA staff will provide assistance with applications, and the fair will also feature three workshops at each fair. New this year, a workshop hosted by SAFER Foundation is aimed at helping Chicago Housing Authority (CHA) residents and Housing Choice Voucher recipients prepare to re-enter the mainstream job market.

Additionally, ResCare – Northside American Job Center at Truman College will offer a Resume Writing workshop to help residents start a resume from scratch or tweak an existing one to perfection.

Returning from last year’s fairs, CISCO will facilitate a workshop on how to obtain a union apprenticeship. Regional Job Fairs/page 2 In 2019, the CDA has committed to hosting more career fairs throughout the neighborhoods to help every interested resident gain access to opportunities powered by the airports.

The 2019 career fairs have been scheduled in partnership with Aldermen at locations throughout the city, making it easier for residents in every community to attend and connect directly with hiring airport organizations.

Last year’s airport career fairs saw a strong turnout with dozens of airport vendors connecting with job seekers, with several on-site hires made. Overall, the CDA citywide outreach fairs drew in over 1,300 residents from all 50 wards in 2018.

More than 80 vendors—ranging from airlines and cargo companies; to concessions and construction companies—participated in these citywide efforts. Career fairs are just one facet of the CDA’s workforce development initiatives.

These internships allow young Chicagoans to gain real-world experience and to learn about a variety of aviation careers first-hand. Over the next decade, it is estimated that tens of thousands of new construction jobs will be created by airport capital programs, with many new permanent jobs fueled by the growth of both O’Hare and Midway.

To bring its workforce and community efforts to scale, the CDA will this spring issue an RFP to broaden partnerships with community-based agencies and expanding training for airport and construction work to more residents.

For updates and information on career fairs and opportunities with O’Hare and Midway, please visit flychicago.com. #