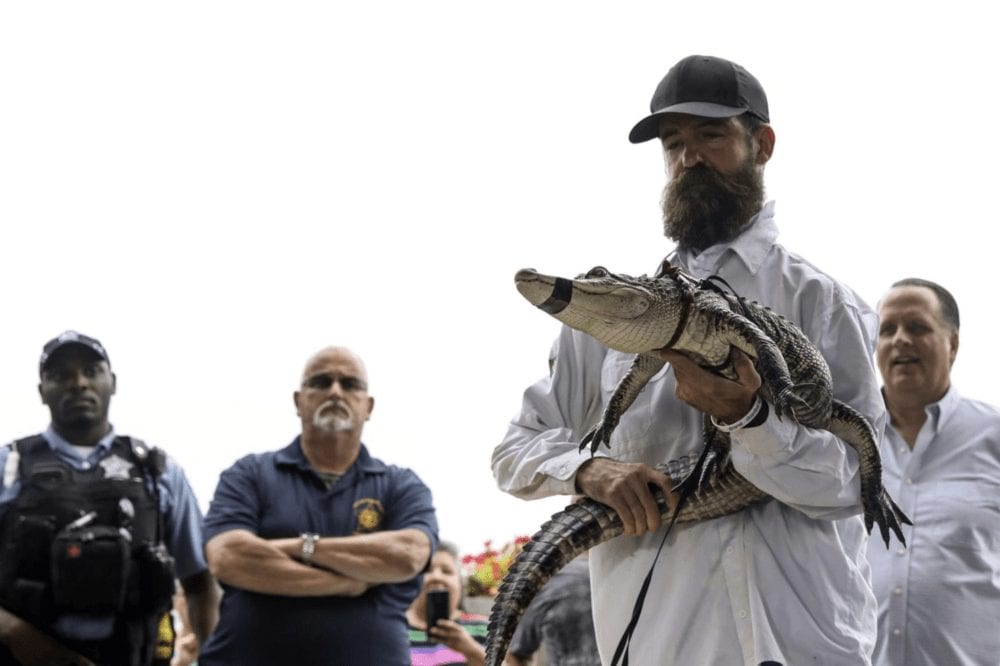 The state of Illinois is trying to avoid another Chicago alligator.

There’s a reason Chicago’s alligator, nicknamed Chance the Snapper, made such big news. Gators are not native to Illinois.

The Illinois Department of Natural Resources is reminding people of that.

“People buy them when they are babies and they fit in a 10-gallon aquarium,” Ballard said. “But the thing is, an American alligator can grow up to one foot a year. So that one-foot, cute baby alligator in four years is going to take up a lot of space. And these are long-living reptiles. They can live up to 60 years.”

Like other long-living pets, people sometimes just let them go.

Ballard said that’s bad for the pets and bad for other animals.

“When they do that, it puts a lot of pressure on native species that are already in the area because they are not used to having another predator out there competing with them for food,” Ballard said. “If these animals are not caught, come October or November they will slowly freeze to death.”

No one knows where Chicago’s alligator came from, but one theory is that someone let it loose in a city pond. (By Benjamin Yount | The Center Square. Photo AP)