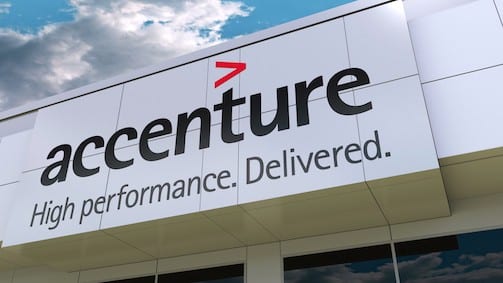 Chicago.- (HINA) Nicado Publishing Co. welcomes Accenture as a new sponsor of Latinos 40 Under 40 and the Who’s Who in Hispanic Chicago special business issue.

Accenture is a Fortune Global 500 company with revenues of $43.2 billion and more than 492,000 employees serving clients in more than 200 cities in 120 countries.

“We are pleased that Accenture has joined the effort of Negocios Now to recognize the brightest in our Hispanic community,” said Publisher Clemente Nicado.

Accenture is familiar with Negocios Now because for several years it’s talented people have been part of the Who’s Who and Latinos 40 Under 40 editions. We are proud to have Accenture’s professionals on our pages, Nicado said.

The Who’s Who in Hispanic Chicago business edition includes David Olivencia, cloud advisory and managing director of the multinational company.  Blad Moreno, a technology consultant, is part of the Latinos 40 Under 40 Class of 2019.

Founded in 2007, Negocios Now is a national award-winning publication focused on Hispanic business owners. Founder Clemente Nicado was selected as the 2018-Latino Publisher of the Year by the National Association of Hispanic Publications. (Hispanic News Agency – HINA) 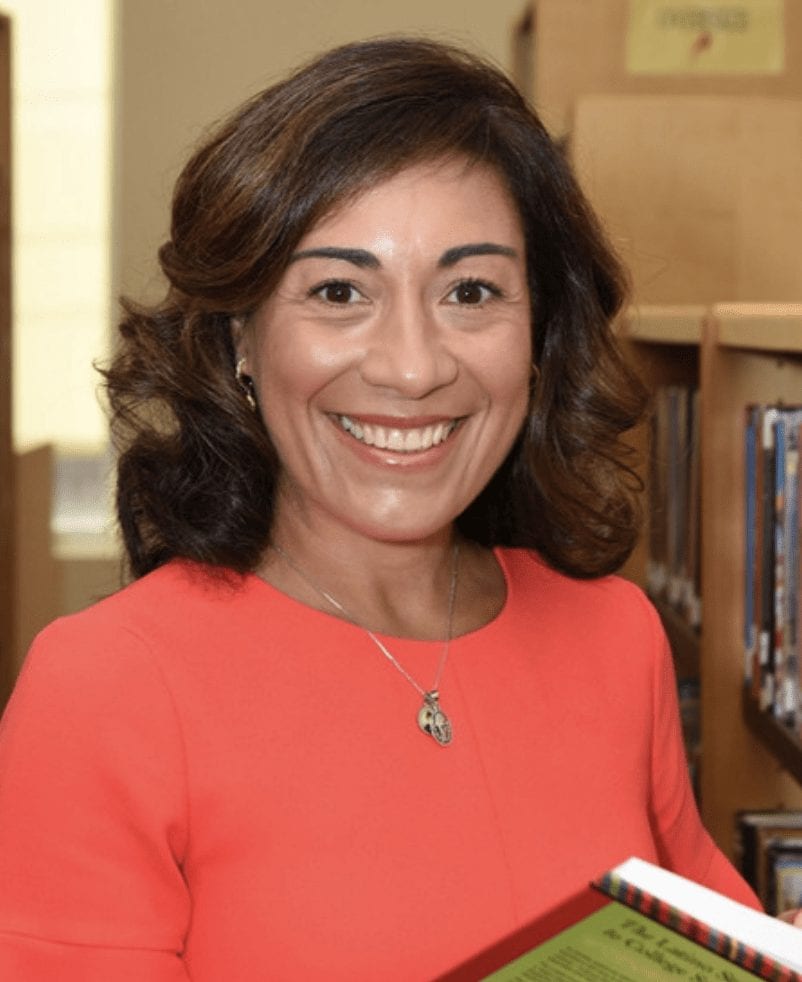 When Rocío López started working, she took a job that she hadn’t looked for or trained for. Now, about 24 years later, that field is the modern technology industry, and López sits near its peak.

As a senior manager in the technology organization for Accenture, the global business consulting company, it’s her job to understand the company’s future needs and have technology in place for those needs. She is also eager to helping people from under-represented groups advance their careers.

López grew up on the south side of Chicago with her sister and brother. Their father was a factory worker. Their mother studied in Mexico to be a physician, but her studies would not transfer to the United States, López says.

Hers was one of the few Hispanic families in the area. Yet although her part of the city was mainly Irish-Catholic, she did not feel like an outsider.

“I never felt excluded in my Catholic education environment. I was smart. I was accepted. I never faced any racial anything growing up,” she said.

After high school, she earned a bachelor’s degree in science and business administration at the University of Notre Dame, and then interviewed with what was then Andersen Consulting. The interviewer said there was a vacancy in programming and thought López would be a good fit. At the time computers were simple and used mainly for word processing and email. López worked in Chicago, then in Madrid for nine years, then returned to Chicago.

Because of her background, when López entered the working world she expected to do well.

“I did face the barriers that women and Hispanics in technology do face,” she said. “I’m a very positive person, so I went through a phase thinking it’s going to go away if I just work hard until I finally said no, something has got to be done about this.”

Within Accenture she now helps lead the company’s drive for inclusion and diversity. Outside the office, she has encouraged women and Hispanics to gain the behaviors and skills they need for jobs in the technology industry. She’s done this through her association with Cristo Rey Network, which works with students from underserved and low-income communities, with the woman’s program of the Hispanic Information Technology Executive Council (HITEC), a global group of senior business and technology executives, and with Mind + Hand, which provides skill development and career education to underserved people on the southwest side.

Her encouragement may not emphasize moving up the traditional career ladder to the top office. While reflecting on her own experience, she came to understand that careers should look different for different people. She calls it being authentic. That means being true to who you are and what brings you joy instead of accepting conventional wisdom about how a career should progress. The same question confronts her and all corporate leaders.

“We need people who think differently about solving problems than the people who created them,” she said. (By David Steinkraus) 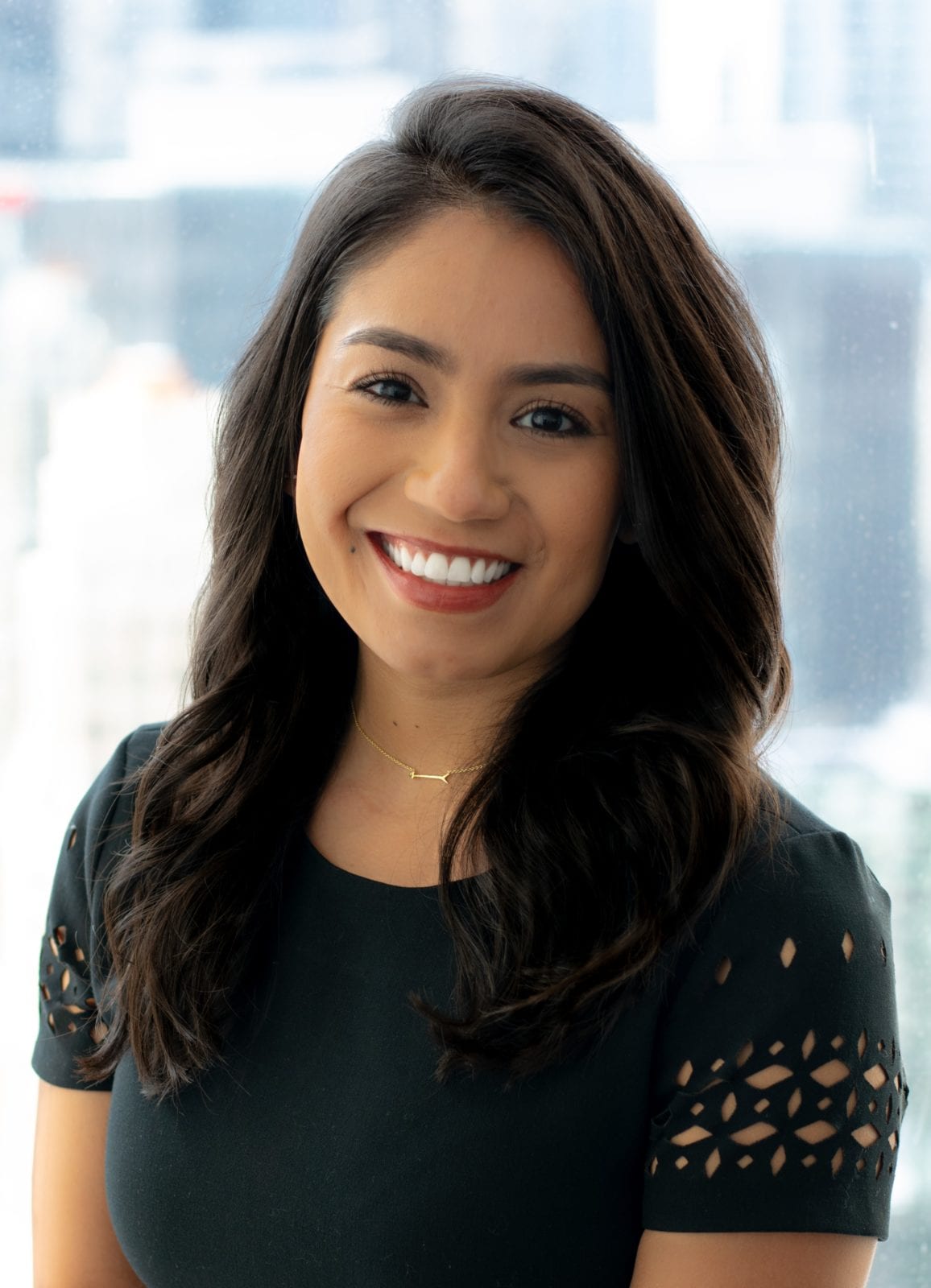 Mimi is a Strategy Consultant for Accenture, a global consulting firm, specializing in customer experience and customer retention strategies. Her expertise has benefitted global Fortune 500 companies spanning the Retail, Consumer Goods, Communications, and Life Sciences industries helping them increase customer satisfaction, grow revenue, and reduce costs. Mimi works alongside clients to understand their needs and develop solutions that bring their vision to life.

Mimi is a proud first generation Mexican-American born to immigrant parents who always instilled the importance of education. Her passion for giving back to her community is attributed to the constant sacrifices and resilience demonstrated by her parents. As a young girl, she dreamed of one day paying it forward for future generations. She honors her roots and upbringing by dedicating time outside of work to organizations driven by a mission to encourage and support others to achieve their goals and aspirations. She is extremely passionate about inclusion and diversity and leads Accenture’s women’s recruiting for the University of Chicago promoting the firm’s efforts to achieve a gender balanced workforce by 2025.

She leads Strategic Partnerships for Accenture’s National Hispanic American Employee Resource Group. During her tenure in this role, she formalized the first partnership with a national non-profit organization –Hispanic Alliance for Career Enhancement (HACE) – dedicated to the career development and advancement of low-income high school students. This partnership spans across 10 high schools within Chicago and Houston and impacts 200+ students. Outside of work, Mimi serves as a mentor for Big Brothers Big Sisters of Chicago and has dedicated time supporting refugee resettlement through World Relief, a local non-profit organization. She also serves as a mentor through Year Up Chicago, an organization that provides under-served young adults with hands-on skills development to prepare students for success in professional careers and higher education.

Mimi holds a Bachelors of Sciences in Finance from Southern Illinois University – Carbondale and is a native Spanish speaker. She grew up in the northern suburbs of Chicago but is a Tejana at heart being born in Dallas, Texas. She now resides in the Gold Coast area and enjoys traveling, cycling, and spending time with her niece and nephew.

“If you don’t get out there and try to solve your own problems, it’s never going to change.” – Dolores Huerta