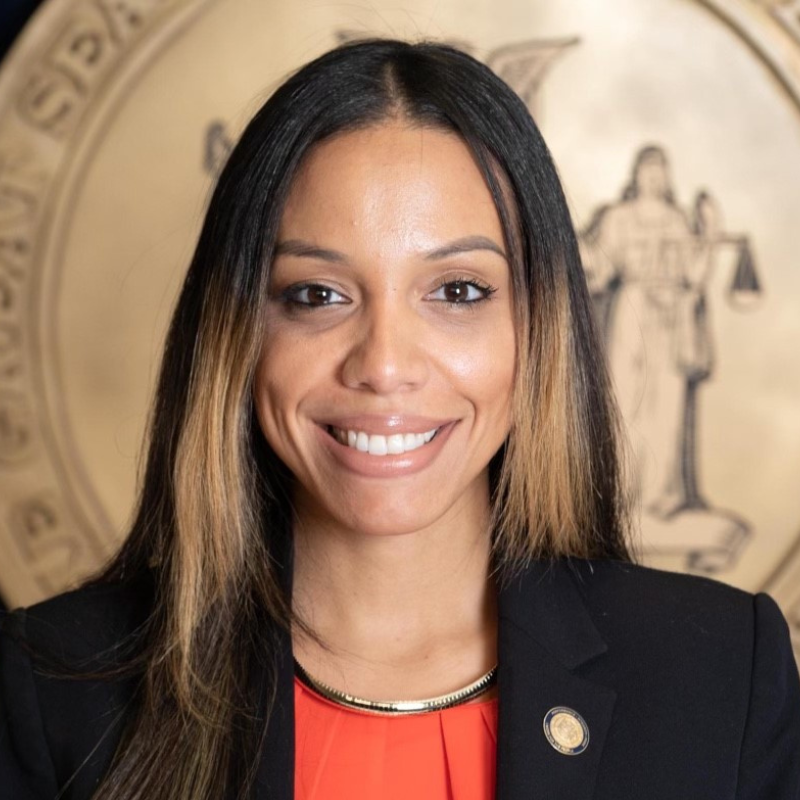 Leading at the State Level

Title: NYS Director of Latino Affairs for the first female Governor for the State of New York, Kathy Hochul

In 2018, Sophia Zayas was appointed as Bronx Regional Representative for the State of New York. As Bronx Regional Representative, Ms. Zayas has been instrumental in maintaining the State’s relationships and projects with key stakeholders in the borough of the Bronx, from elected officials, to faith and grassroots leaders. Prior to joining the Governor’s administration, Ms. Zayas was a member of Speaker Carl Heastie’s team.

As part of the Governor’s administration, Ms. Zayas helped coordinate the State’s response to COVID-19 with local elected officials and healthcare professionals, ensuring that PPE and healthcare supplies were available to the most vulnerable populations. She helped in building and coordinating COVID and antibody testing sites in the most impacted areas of the Bronx. Ms. Zayas has been part of key projects driven by New York State to invest in the Bronx, create more opportunities for young people, and uplift the community. Among these is the Downtown Revitalization Initiative that has provided millions of dollars for transformational projects in the South Bronx. Following the death of Junior, who was killed in the Bronx by the “Trinitarios” gang, Ms. Zayas played a key role in securing a $18 million fund from the State to support the work of anti-gun violence groups in the borough.

In June 2022, Ms. Zayas was promoted to NYS Director of Latino Affairs for the first female Governor for the State of New York, Kathy Hochul. Born in the Bronx to Puerto Rican parents, and raised by her grandparents, Ms. Zayas’ mission in life was to succeed and prove to her community that no outside influence should dictate her role in life.  She is the first woman in her family to hold a state-level office position and has dedicated herself to advancing efforts that empower the younger generation to improve their life through educational and economic opportunities provided by the State of New York.

Ms. Zayas holds a Bachelor’s degree in business administration with a concentration in business law.