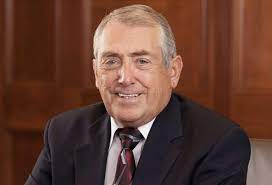 Bob Ontiveros, considered an icon of Hispanic business in the United States, has died. He was 83 years old.

Bob is the founder of Group O, a packaging company based in Milan, Illinois, that is today among the top five Latino-owned companies in the country, with revenues of 1 billion dollars.

“One of the great Latino entrepreneurs in the history of this country is gone, but he has left an indelible legacy of what can be achieved with sacrifice and perseverance,” said Clemente Nicado, Publisher of Negocios Now.

In 2014 Bob received the “Lifetime Achievement Award” at the Negocios Now Gala.  His son Gregg, who runs Group O since Bob’s retirement, has been included as one of the 50 Most Latino Influential Entrepreneurs in Illinois by Negocios Now.

“Bob was not only an entrepreneur with an extraordinary vision, but a great friend with a  great philanthropic heart, who enjoyed giving back to the community,” said Nicado.

Quad City Times published an article today highlighting the successful businessman as being “remembered for his generosity and kindness.”