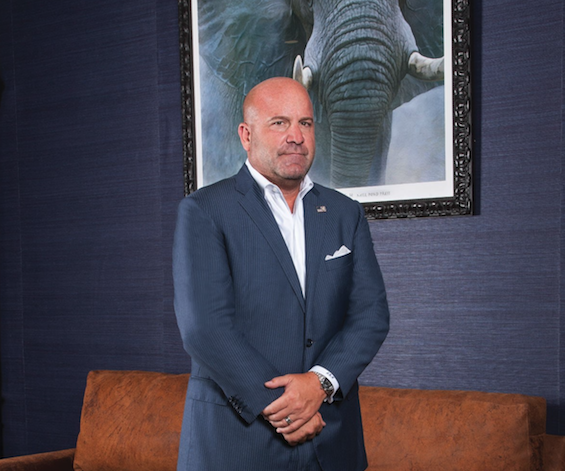 That came in late 2005 as part of a job that MZI did for Fifth Third Bank. “After getting certified, we saw a lot of the opportunities out there,” he said. He and his team began attending opportunity fairs and other gatherings where they could connect with potential clients.

In Chicagoland MZI provides its core services of plumbing, mechanical work, and interior electrical work. But its expansion into other states has been driven by utility work, he said. That includes power utilities and also telecommunications for clients such as AT&T and Verizon.

READ MORE: Comcast RISE to award $1 million in grants to small businesses owned by women and people of color in Cook County

Becoming part of ComEd’s supplier development program also opened many doors, Miller said. It’s hard for a business to do utility work because of strict safety standards and the cost of specialized equipment, he said. “If they didn’t have the diversity programs in place, there was no way for us to break into that utility space.”

And their diversity efforts are remarkable, he said. Even now, after years of working together, he said, MZI still receives monthly check-in calls from the ComEd procurement team to see how things are going.

When MZI began working for ComEd, Miller said, he had about 15 employees and four trucks. Now MZI has 400 employees and 300 pieces of equipment at 10 locations in the Midwest and on the East Coast. Growth has been in the double digits for the last five to six years, and this year MZI is looking at $100 million in sales, he said.

MZI now bids against the contractors it once subcontracted for, and it has in turn become a teacher for smaller firms. Being in a mentorship program is no guarantee of getting business, Miller said. Nor does he position MZI that way. MZI markets itself first as a company that does a good job, he said, and second as a minority-owned business.

Smaller firms need to understand that growth is a process, Miller said. Adelante Construction Group, an MZI mentee, attends estimating meetings and biweekly project status meetings. “And it allows them to see you don’t make money on every job,” he said.

Mentoring involves more than helping another company. Miller said MZI has built its own training center to help young people become trade union members. This teaches people what union jobs can mean to them, and how such work can support a family, said Kim Nelson, MZI’s chief of staff.

“I went into the military (after high school), but I didn’t know anything about the trades,” Miller said. “They’re making $100,000 a year now plus benefits, without student debt.”

Expanding opportunities in trade union jobs will also expand diversity because companies hire from the available workforce, he said. If the workforce is diverse, jobs will be as well. MZI did the retrofit of the Cook County Jail, Miller said, and the workforce on that job was 80% diverse.

MZI has been very successful because of mentorship programs, he said, and now it’s helping pass that success to others.