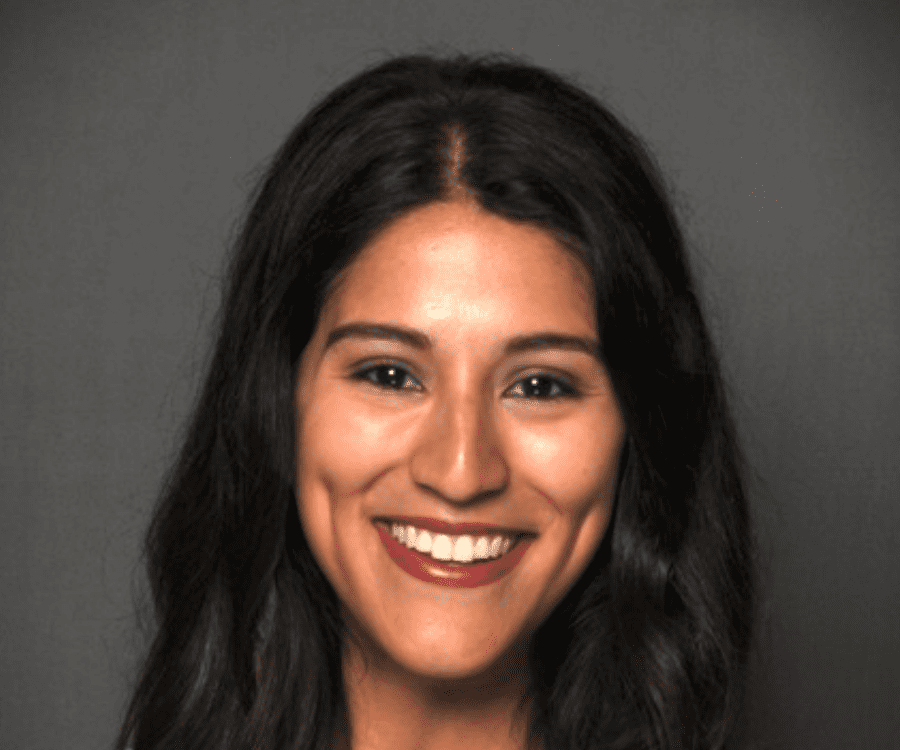 Meagan Hill followed her mother’s example and studied accounting to fulfill one of her loves, math.

Like her mother, she studied accounting at Dominican University, and after graduating, she began working at US Foods which has been her professional home for almost nine years.

At US Foods, she worked four years in the General Accounting Group and another four and a half years in the Internal Audit department.

In addition to being an Internal Audit Manager, she also runs the company’s internship program. The three-year-long Finance Leadership Development Program focuses on helping train the next generation of financial leaders. She also serves as president of the Hispanic Organization for Latino/a/x Advancement, the company’s ERG.

She believes that HACE nourishes talent and is about developing and appreciating community. She learned about the organization through the company’s ERG program. As president of the Hispanic Organization for Latino/a/x Advancement group, she has seen how HACE has brought unmatched opportunities to its members.

She said group members attend the Wednesday “Cafecito’s” to learn from people who look like them and who have gone through similar journeys and overcame challenges by leaning on one another and supporting each other. She looks forward to participating in the HACE summit for the second time, because of the friendships and bonds the first fostered.

She prizes the community HACE builds because it allows its members to build confidence, support others and grow.

She also wants to set an example for her daughters Addison Rae and Kamila Jade. She hopes that her legacy will be that of a passionate, kind woman who cared about others and lived life ferociously.