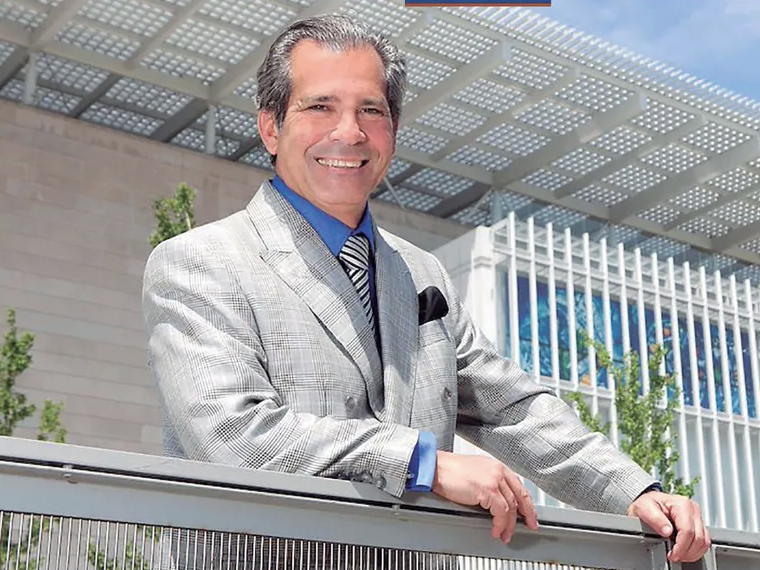 Even though he was only 13, Hugo Chaviano understood that he had to leave his homeland.

It was 1965, and the Cuban government of Fidel Castro had passed a law prohibiting males of military age, 15 to 27, from leaving the country, Chaviano said. His friend Manolito Figueroa had just turned 15. His parents left the country, but he couldn’t, and had to stay with relatives. “I could see this wasn’t a place for me to grow up,” Chaviano said.

Now an attorney in Chicago, Chaviano has detailed his Cuban childhood in a new memoir “Flight To Freedom: Memoir of a Cuban Exile,” which he published in September. It is available in hardcover, as an e-book, and most recently in paperback.

Chaviano told his father of his desire to leave, and they talked about it during a weekend at their country house in Soroa, southwest of Havana. Chaviano said his father pointed out that it would be difficult and there would be no returning to his family. His father had a lucrative dental practice, Chaviano said, and was also a professor at the dental college in Havana. His father also had no intention of leaving. He thought, Chaviano said, that as long as he minded his own business he would not be affected.

Because he had attended a Jesuit school, Chaviano’s family procured papers saying he could emigrate to Spain and study at a seminary. It took him three days to reach Spain, through Jamaica, Curaçao, and the Netherlands. When he arrived, Gregorio Solis, a friend of his great uncle, found him at the airport.

Solis was a successful businessman and took Chaviano to a tapas restaurant. “All of a sudden he goes, ‘Dude, do you really want to live with those priests?’” Then he offered to house Chaviano while he waited for U.S. immigration papers.

Solis provided a stipend, Chaviano said, and it was a wonderful stay. It was also short, he said, because Solis knew the U.S. ambassador to Spain. That smoothed the immigration process. On Oct. 14, 1966, a month after he arrived in Spain, Chaviano landed at John F. Kennedy International Airport in New York City.

A few years later, he said, his father faced his own choice when the government told him that he could either continue as a dental college professor or have his practice, but not both. His father and mother chose to leave, and the family reunited in New Jersey where Chaviano attended Rutgers University while also holding down a job. Within two years of arriving, his father passed his dental licensing exams, then went on to the State University of New York at Buffalo for two years to earn a U.S. dental degree.

Chaviano came to Chicago for law school at Northwestern University. “And I will never forget getting past the Skyway and getting on Lakeshore Drive. All of a sudden I looked and said, ‘Oh, my God, I never realized there was an ocean here,’” he said. “I fell instantly in love with the city and the area.”

For the last 40 years, Chaviano has practiced national and international law and has been a litigator, mediator, and arbitrator. He has also been an adjunct professor at Northwestern and a visiting professor at Pericles International Law Center in Moscow. From 2015 to 2017 he served as director of the Illinois Department of Labor under former Gov. Bruce Rauner.

A few years ago, Chaviano became involved in an immigration law project through the American Bar Association. Based in Harlingen, Texas, near the southern U.S. Border, he represented people arrested for crossing the border illegally. In particular, he said, he was attracted to helping unaccompanied minors as he had been.

Instead of seeing only people from Central America as he expected, he said, he saw Chinese, Africans, and people from Eastern Europe. All of them flew to South America or Central America, then trekked through Mexico to the border in the hope of finding new lives in the United States.

There was a healthy number of Cubans, too, he added, the result of widespread anti-government protests. “The way they deal with this is they loosen the migration policy.” Many people are willing to leave instead of waging a fight with a small chance of success, he said.

His own story is about life, not himself, Chaviano said. “I think that it is a story more about the everyman immigrant who, because of changing circumstances in their country, is forced to look elsewhere for opportunity and a new life.”

It’s also a story about resiliency. It may seem surprising, he said, that as a young boy, barely a teenager, he had the courage and resourcefulness to leave Cuba. “You don’t know what you’re capable of, or what you might be prompted to do, when circumstances are such that they drive these decisions.”